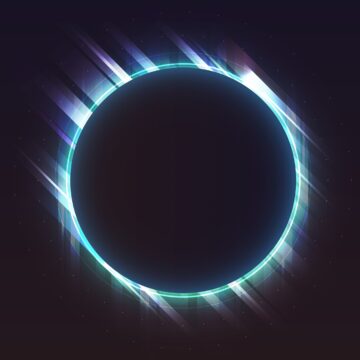 As we approach the end of the year and the dawn of the New Year, the number crunching starts.  Specifically, as the calendar year ends, we download raw data  and try to decipher trends and patterns in the data.

2018 was a year, which taught us some great overdue lessons.

We learnt that small & mid caps go up more than 50% in one year and can fall down considerably next year.

2018 also taught us the risks associated with debt funds and that they are not fixed deposits, returns are not assured and they can also face a default risk.

The futility of credit ratings was also exposed during the year,

apart from the major impact a reclassification of stocks by the regulator can have on the market.

We also learnt that an out of favour asset class like Gold or real estate, can go through a major cycle before revival.

We also learnt that you can’t take taxation for guarantee, and Government can change the rules and affect your corpus and financial plan considerably.

2018 also highlighted the vulnerability of the Indian Economy to Oil prices and the impact it can have on both earnings and sentiment.

2018 will also  go down possibly as the year in which the FII withdrawals and outflows lost their impact and were countered with the consistent DII inflows.

2018  was also the year in which the market taught the investors the meaning of risk in different asset classes.

The Indian market remained volatile for the better part of 2018 on account of introduction of long-term capital gains tax on equities, mutual fund reclassification by SEBI, drag in corporate earnings, volatile oil prices, escalating trade tensions between the U.S. and China, a weaker rupee and liquidity crisis among NBFC’s.

Going forward, The big concerns and possible headwinds  for 2019 are local political uncertainty, concerns about a US slowdown & trade wars, oil prices and a further delay in corporate earnings growth.

The world growth is expected to slacken to around 2.5 to 2.75 % in 2019 thereby also impacting Global trade negatively. The US Economy will likely to decelerate to 2-2.5% range. The European Economy, which is the same size of the US economy, had already started slowing in 2018 and is expected to slow down further to less than 2%, even as per the IMF estimates. The Chinese Economy, which is now two thirds the size of the US Economy, is also slackening and the falling sales of
I phones, motor vehicles and housing are showing ominous growth prospects.

The Indian growth is likely to be around 7% in 2019 with Exports continuing to show a lacklustre performance. The manufacturing sector is under stress with growth falling from 10.3% in the first half to 6.4% in the second half. There is increasing fiscal stress at both the state and central level due to under performance of GST and populist programs like loan waivers and election related commitments.

Lets also take a look at the major influencers of the Indian markets:

Nifty’s EPS grew at a 12.3 per cent CAGR over 2005–2010, but in the subsequent seven years, it expanded by 6 per cent CAGR. Corporate profits as % of GDP seem to have bottomed out but the 3rd Qtr advanced numbers are not giving any indications of earnings revival so far.

Earnings improve either due to increase in volumes or decrease in input costs.

Demand clearly seems to be slackening and Demand stimulus needs to be created. In the last few years, the incremental growth has come from rural India, but with rural India clearly under stress, most sectors ranging from autos, consumer staples & discretionary, Engineering, housing etc are experiencing lower growth.

Banking and NBFC’s should see their position easing towards the second half of the year. With most of the provisioning done, fresh capitalization and resolutions materializing by the 2ndQtr 2019, Banks should see a turnaround in latter part of 2019.

Restrained inflation, soft crude oil prices, and the likelihood of slowing global growth should lower the bond yields in India, whereas uncertainties about the outcome of this summer’s general elections could make the rupee a bit more volatile.

In India, We may enter a soft interest-rate regime this year. Yields should remain largely range-bound, with a downward bias. Domestic inflation is expected to continue to surprise on the downside. Retail consumer prices plunged to a 17-month low in November to 2.33 per cent and are expected to remain benign going forward, thereby falling within the RBI medium term target for consumer price index (CPI) inflation of 4 per cent, with a band of +/- 2 per cent.
Yields are expected to fall below the psychological mark of 7 per cent giving a further boost to sentiment and earnings.

The NBFC credit crunch also seems to have rolled over and the major part of the agony may be over especially related to default risk. The crisis in fact will & should lead to structural changes by the regulatory bodies, which will make the Debt market healthier in the long run.

Thus financial macros appear benign and should provide some tailwind going forward. RBI should return to its Dovish stance & cut interest rates in 2019.

Lower interest rates apart from positively impacting the leveraged companies, will also provide a boost to the Auto, Consumer durables, housing and other related sectors.

As liquidity tightens across the globe, with some of the world’s biggest central banks unwinding their quantitative-easing programmes in 2019, financial markets will have to adjust to a new era of reduced stimulus and cheap money. However there should be enough liquidity in the Indian market provided, Oil behaves. The strengthening rupee will lead to purchase of $ by the RBI to shore up the reserves, Continuous support of DII’s, FII flow reversal of last year, participation of the retail investor, will all continue to support the liquidity in the Indian market going forward.

Sentiment in 2019 is going to be largely driven by Elections and the macros. As long as oil and $ don’t cross 75, market will view it positively. Elections are no longer expected to be a “Black Swan” event as the State polls has already prepared the market for different outcomes.

Global events may not have a major impact on Indian market sentiment as such.

Some amount of voter pampering in the election year should also improve the general investor outlook and boost the consumer sentiment.

Hence, sentiment should largely remain a neutral influence in the coming year.

Valuations appear reasonable post correction – especially in the certain segments of the market.

Markets are eventually a slave of earnings. Markets and valuations follow earnings. Ralph Wanger, in his book, “A Zebra in the Lion Country” drew the analogy of the Pet dog on a leash. The dog (the market) is excited and volatile and may run amuck during the stroll with his master (Earnings), but eventually the dog has to move in the same direction as his master, and complete the same distance and journey in the same time as his master. Every passerby, a la investor, is fixated with the pet dog running amuck and follows the pet whereas the master or the earnings is the thing to focus on, if you want to understand the direction and distance to be travelled.

Trees don’t grow to the sky. The stock market also follows the theory of reversal to the mean. The market trades at a long term PE valuation of 18 and has given the investors a long term CAGR Return of 12-15%.

Since inception in 1979, the Sensex has given a CAGR return of 16% and in this century, it has given a return of 13% CAGR. Markets may trade above the historic trend for some years and may give superlative returns for some time, or underperform for a period, but something will finally drag it to the trend line. That has been the market behavior  and will continue to be so.

Markets rise on the back of two things; either the earnings go up and /or the valuations go up due to a rerating of the market. Most bull markets experience a mix of both in their journey. A bull market predominantly driven by earnings is more sustainable than those driven by rerating and higher valuations. Rerating generally happens due to buoyancy in sentiment and increased liquidity.

Reports suggests Nifty EPS of Rs 470 this financial year and Rs 577 in the next—a 12.7 percent and 22.8 percent yearly jump, respectively. Going by the current valuations, the NIFTY projected figure for next year can be thus calculated.

In 2019, we don’t expect that a rerating may happen and hence the multiple will not increase. This is mainly due to uncertainty of Elections and other macros , and the liquidity especially FII flows may be under pressure due to the tapering of Quantitative Easing by most Central Banks. Hence the Earnings alone will have to drive growth and price rise.

Earnings growth is finally visible – green shoots are appearing after 8 muted years, but Brace yourself in 2019 for global slowdown and domestic election led volatility.

This is the year to be defensive and to focus on quality. This is not the year to look for sectoral leaders, but to focus on good quality, fairly valued individual stocks. This is a ripe market for bottom up stock picking and portfolio building across sectors and themes. Let there be a price consolidation and a time correction till the end of the calendar year and the market will be ready to run. So, 2019 is not for predicting returns but accumulation as markets will be fairly valued and readying for take off.

Don’t try to time the market; As the veteran investor said, “Invest when you have the money, sell when you need the money and your timing will be perfect.”

There is no point sitting on the sidelines and waiting, for the stock markets to pick up or for a correction, before you start investing. As Peter Lynch said, “ More money has been lost in waiting for the correction to happen, than in the correction itself.”

Consult your Financial advisor, Follow your asset allocation strategy, review against your financial goals, continue your SIPs, Invest your lumpsum through a STP from an arbitrage fund and you would have made the right decisions in 2019.

Have a Great & profitable Investment year ahead!