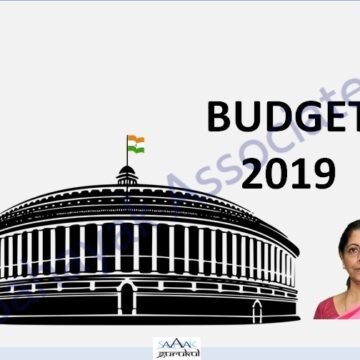 In accordance to the Constitution of India’s Article 112, it is necessary to present a budget before the House of Parliament and get it approved before the beginning of every financial year.

The word “budget” is derived from the French word “Bougette” which means “Small Bag”. It is adopted from the British, who used to carry a budget box since the 1880’s. The first Indian finance Minister who carried the briefcase was RK Shanmukham Chetty in his first budget speech in 1947.

Budgeting is the process of creating a plan to spend your money. Creating a spending plan allows you to determine in advance whether you will have enough money to do the things you need to do or would like to do. Budgeting is simply balancing your expenses with your income.

The Union Budget contains details about the projected receivables and payables of the government for a particular fiscal year. The budget statement is divided into two major parts—capital budget and revenue budget.

Mentioned below are brief explanations and the advantages and disadvantages of these three types of budgets:

NAMO 2.0 is going to present its 1st Budget on the 5th of July and it’s one of the most awaited economic event wherein the Government will roll out its priorities and income and expenditure plans.

The budget also translates the focus of the government, whether it is on growth or inflation control, whether the priority is welfare schemes and populist measures or more economically viable projects, whether the disinvestment roadmap will lead to Government leaving control by exiting more businesses and what steps the government proposes to boost investment, consumption and exports, the three main drivers of any economy.

The Budget is used by the government for

Over the years the budget day has been losing its relevance to a large extent. With the introduction of GST, changes in indirect taxation can now be made without any reference to the Union Budget. Changes can be made at any point in the monthly GST Council meetings and as the GST system settles down, the frequency of changes will reduce substantially as we move towards just 3-4 tax slabs.

As for Direct taxes, small tinkering here or there may be done, which neither has a substantial impact on revenue nor on the taxpayers pocket. Increasingly the government realises that, it needs to increase compliance rather than make abrupt changes in policy, in tax rates or in allowances and exemptions. For the Tax to GDP ratio to improve and come at par with the other comparative economies, the number of taxpayers needs to increase much more than the tax rates.

Even more than the budget, the document to look forward preceding the budget is the Economic Survey. This document spells out the broad economic outlook and reviews the developments in the Indian economy over the previous 12 months; it summarizes the performance on major development programs, and highlights the policy initiatives of the government and the prospects of the economy in the short to medium term.

The budget is nothing more and nothing less.

However as the study of data proves, the stock market is becoming quite indifferent to this annual exercise. In fact, the Budget has not been a material event for stocks, for the past 10 years or so.

An analysis of the Sensex movement on and around the Budget day, since 2000, shows changes in the market benchmark have been muted and of late there has been no euphoric pre-Budget rallies.

There is no clear trend in the Sensex movement a month after the Budget day. From 2000 to 2018, it made gains on eight occasions, recorded losses nine times and closed on a flat note twice.

The Modi government has so far presented five union budgets since they took over in May 2014 and the Sensex has delivered negative returns in three out of five such occasions, on the day of the budget.

This could be due to various policy announcements made outside the Budget, the GST limiting any action on indirect taxes, increasing apathy towards Government concessions in direct taxes by the taxpayer and increasing role of market regulators like SEBI and RBI on stock prices, is bringing down the relevance of the annual exercise for the equity market.

In any case, we feel the budget day is for traders and not for investors. The long-term investor should stick to his strategy and not look at trading the volatility of the Budget day.

In the first budget of NAMO 2.0, maintaining fiscal balance while achieving higher growth is a tricky challenge and it would require a perfect mix of fiscal and monetary measures to drive the economy towards higher growth.

The key questions which need answers in this budget are:

1) Will the current Apr-Mar financial year be changed to Calendar year?

2) Will The supposedly Trillion Dollar worth of Gold Reserves lying in religious institutions and households be monetized and brought into the financial system by incentives and a One Time Declaration scheme?

3) What incentives can be offered for Financialisation of household assets so that they can be productively used for economic growth?

4) How do we invite Capital to boost the much-needed investment of an estimated $ 1.4 Trillion over the next 5 years in Infrastructure alone?

Will the Government Debt and corporate Debt Market be deregulated and opened for foreign investors, pension funds, insurance companies and retail investors?

5) What can be done to boost consumption; does it require a boost in rural income or provide higher disposable income for the urban consumer or increase liquidity for a credit led growth?

6) Will the Exports remain stagnant or can we make structural changes in our export strategy?

7) Can the much-awaited bold reforms in Land and labour be unleashed in this budget?

8) Will the government finally have the courage to get out of business and privatize the non-strategic and non-core businesses it is involved in?

9) Will the Government which is desperately short of capital, focus on building productive assets or on misplaced priorities like cow shelters, Statues and Mandir.

10) What steps will be taken to upwardly shift the growth trajectory from the current 6-7% to double-digit growth?

As we await the answers to the above, we need to understand;

Is the Budget after all, only just another event in the financial calendar?

Come on Modi Sir & Sitharaman Ma’am, you have the mandate, the macros are benign and favourable and the world awaits your Budget for the much needed radical reforms to take India to the $ 5 Trillion economy by 2024. It is not going to happen by mere tinkering of rules and rates. Make the budget count not by Policy Intention but by Policy intervention.

The importance of the Union Budget has never been more relevant than the first budget of Namo 2.0,

Sandeep SahniSandeep is an alum of IIM Lucknow with a Post Graduate Degree (MBA class of 1988). His also an alum of Shri Ram College of Commerce, Delhi University (B.Com. Hons. Class of 1985.)
Sandeep’s investing experience and study of the Financial Markets spans over 30 years. He is based in Chandigarh and has been advising more than 500 clients across the globe on Financial Planning and Wealth Management.
He has promoted “Sahayak Gurukul” which is an attempt to share thoughts and knowledge on aspects related to Personal Finance and Wealth Management. Sahayak Gurukul provides financial insights into the markets, economy and Investments. Whether you are new to the personal finance domain or a professional looking to make your money work for you, the Sahayak Gurukul blogs and workshops are curated to demystify investing, simplify complex personal finance topics and help investors make better decisions about their money.
Alongside, Sandeep conducts regular Investor Awareness Programs and workshops for Training of Mutual Fund Distributors, and workshops and seminars on Financial Planning for Corporate groups, Teachers, Doctors and Other professionals. Through his interactions and workshops, Sandeep works towards breaking the myths and illusions about money and finance.He also writes a well read blog;
https://sahayakgurukul.blogspot.com https://www.sahayakassociates.in/resources/our-blogHe has also conducted presentations, workshops and guest lectures at Management institutes for students on Financial Planning and Wealth Creation.He can be reached at:+91-9888220088, 9814112988sandeepsahni@sahayakassociates.com
Follow us on:
www.sahayakassociates.in  www.facebook.com/sahayakassociates www.twitter.com/sahayakassociat,https://www.instagram.com/sahayakassociates https://sahayakgurukul.blogspot.com https://www.sahayakassociates.in/resources/our-blog