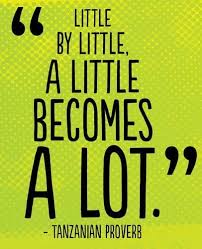 Market and the daily volatility is on the top of the mind of most investors today. Some are ready to run and some are going bottom fishing, looking at bargain buys.

The rupee continues its slide, stocks have fallen and the bond market is hit by fears of default.

The equity indices took a beating in the month of September with the NIFTY correcting by close to 6% in Sept alone. This was mainly due to the continued weakness in rupee, oil prices crossing the $80 mark and inching to higher levels.

The IL&FS default, the Yes Bank uncertainty, in addition to the hardening Bond Yields and DSP sale of DHFL bonds at a higher yield, badly affected the Debt market and triggered a sell-off in the financial space.

Having lost market leadership, Suddenly NBFC’s were no longer the toast of the market.

The inflows into Equity Mutual Fund, which was the mainstay of the market this year, has started dipping with flows reducing from Rs 15000 cr per month last year to close to Rs 10000 cr this year. The September inflows may still be lower at close to Rs 7000 cr only.

Higher valuations always lead to greater fragility and low tolerance, leading to corrections. NBFC’s and Financials are losing flavour and some rerating is expected in these stocks. Whenever liquidity dries up and Bond yields harden, cost of capital goes up for NBFC’s and their spread becomes thinner.

Some things the market has already discounted, especially the 25 bps rate increase by RBI but some shocks and surprises may be on the cards.

Results will hold the key. FMCG is not expected to do so well bcoz of Input cost pressure due to oil and other inputs increase and a delayed Diwali (In Nov as compared to Mid Oct Last year). Pipeline filling has got delayed to 3rd Qtr instead of 2nd Qtr last year. Auto Sept sales have been dipping, Financials are expected to fare badly except the HDFC and the like, IT can be the savior. All In all, it’s going to be mixed bag as far as earnings are concerned.

Macros are worsening. Oil prices are climbing, with some estimating Oil Prices at $100 level before the year is out.

FPI is in the negative, foreign investors have sold Rs 73,000 crore of Indian equities and debt since April this year, Rs 20,000 crore in Sept alone. CAD is under pressure; GST collections in Aug are also stubbornly stuck at Rs 94000 cr level against the Govt requirement of average of Rs 1.1 lac cr per month.

On the other hand, the debt returns are rising. Fixed maturity plans (FMPs) and accrual funds are now offering close to 9% return. Not bad, in the current situation and in an extremely volatile equity scenario. Thus, the dilemma for an average investor, Should I stop my SIP?

Interesting and volatile times ahead. The investor is concerned. Is the India story slipping? The sentiment is badly affected and all this, even before election season has begun.

The market is currently flirting with its 200 DMA levels of 10500 whereas Bank Nifty has already breached its 200 DMA. Personally I shall prefer that the market stabilises at the 10000 levels and undergoes a time correction till Mar 19. This shall bring stability and give the opportunity for earnings to catch up with the valuation. It shall also provide an opportunity for portfolio investors to start and build before the market resumes its bull run.

The last few months have seen a major correction in mid and small-cap stocks, which has not been, reflected in the headline indices like Nifty and Sensex. As a result, most investors have experienced negative returns on portfolio investments.

Hence most investors are now questioning the validity of their SIP investment strategy. However, this cannot be a reason to discontinue SIPs.

Let us just go back to history and try and learn a lesson. From 2004 to 2007, we had a secular bull market, which was then followed by the crash of 2008 and then a swift recovery in 2009, after which the market went sideways for some years, until this new bull market started in 2014. Therefore the perception is that during these bull phases, everybody makes a lot of money.

Fact is that while between Jan 2003 and Jan 2008, NIFTY actually delivered a CAGR return of 35%+, there were four occasions where the NIFTY corrected sharply – it fell by more than 20% twice, by 14.5% once and by 12% once. However, everybody has forgotten that today.

These are the stories we should remember. As an investor, focus should not be on the 39.5% but on the four big drops you had during this secular up market. Whoever had conviction and used this period for portfolio building, gained.

Markets always follow growth and earnings and sooner or later, markets will catch up with earnings. We are today talking about the GDP doubling to $5 Trillion in the next 5-7 years. Going by the same logic, Markets shall grow more than GDP and would provide healthy returns to the investors in the next five to seven years.

In times like this, be reminded of the famous Peter Lynch quote, “You will get recessions, you will have stock market corrections and declines.

If you don’t understand that it’s going to happen, then you are not ready for the stock market and won’t do well in it.”

Have the conviction, and remember why you started your SIP.

A systematic investment plan (SIP) is a long-term commitment to your financial goals. SIP is based on the dual concepts of rupee cost averaging and the power of compounding.

How it works is, Firstly, when you invest in equity funds through the SIP route, you do not try to time the market or find tops and bottoms. It is practically impossible to buy at the bottom and sell at the top. Therefore, you adopt a phased approach to average your cost of holding over a period of time and that can only happen if you continue to invest when the markets are low.

Secondly, the longer you stay with your SIP, the more your principal earns returns and therefore the more your returns also earn returns. Since all returns are reinvested, the power of compounding works in your favour over longer periods of time.

If you stop SIP investments now, you may miss an important averaging opportunity, which will reduce the efficiency of your SIP and its long-term performance.

The moral of the story is that SIPs must not be terminated just because markets become volatile. But in the above four instances there is a genuine case to stop your existing mutual fund SIPs.

Hence the question is not, “Should you stop your SIP?”

The more relevant question is,

“Should you start your SIP now?”

For wealth creation, you should not stop your SIP during corrections, but GULP (Grab your Lumpsum purchase) instead.