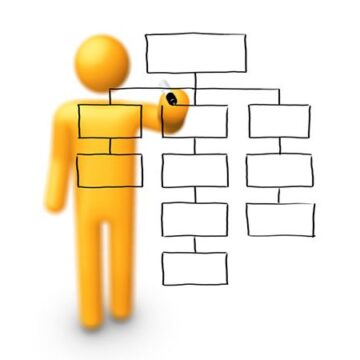 Few people would admit to finding comfort in numbers. Even at the thought of numbers, many people are instantly transported back to school, to a particular maths class and with that comes anxiety over the fact you hated it or felt you never could understand the damn thing.

That is a shame, because if we are prepared to let go of our preconceived notions, there is real comfort to be had in numbers.

The market has gone up by 300 points, the Sensex has tanked by 500 points.
These are the daily stories that we read and react.

This is called “The Framing Effect” in behavioral Economics or Investment psychology.
The framing effect addresses how a reference point, oftentimes a meaningless benchmark, can affect our decision.

Let’s assume, for example, that we decide to buy a television. But just before paying Rs 15000 for it, we realize its Rs 3000 cheaper at a store down the street. In this case, we are quite likely to make that trip down the street and buy the less expensive television. If, however, we’re buying a new set of living room furniture and the price tag is Rs 100000, we are unlikely to go down the street to the store selling it for Rs 97000. Why? Aren’t we still saving Rs 3000?

Most people we meet show a certain discomfort and are confused when it comes to numbers. Simple mathematical calculations like growth rate, leave alone CAGR, confuses them. Investors are more comfortable if we tell them that, “your money will double in 5 years” than if we tell them, it will give a return of 15% CAGR.
They fail to understand that the market needs to go up by 100% to double its value but fall by only 50% to come back to its original value.

Investors also often fall prey to anchoring. They get anchored on their own estimates of their expenses or returns from an investment or a company’s earnings.
Ask people to guess the amount they will require to pay for their daughters post graduate education after 12 -15 years or their retirement corpus and they’ll anchor on the number they know and go up, but not enough. When estimating the unknown, we cling to what we know and that is normally not enough.

At a seminar for Teachers, while explaining the concept of inflation, we took the example of school fees. I finished my High school in 1980 at St Johns Chandigarh and paid a fees of Rs 400 a year at that time and my son’s fees, who finished his high school this year from the same school, was Rs 60000, an increase of more than 150 times.

My Post Grad fees for a PGDM, mainly due to the government benevolence, was Rs 10000 in 1988 for the full two years, which I know understand is close to Rs 25 lacs, an increase of 250 times in 30 years. An unimaginable increase, but that is how inflation works, especially related to education, marriage and standard of living.
Who would have thought of buying a Rs 50000 phone on a whim even as late as 10 years ago, but now we want to gift it our child on his 18thbirthday or for his 12th class results.

Most young people don’t know what they want in 30 years, forget that, they cannot even imagine being old, much less about the financial needs they would have.

I remember when I was graduating from my management Institute, a leading FMCG company in its pre placement talk told us that, if we start and end our career with that company, by the time we retire, we will have Rs 25.0 lacs worth of retirement benefits and that too, on a starting salary of Rs 2700, a princely sum back in 1988. Some friends who joined are now drawing more than that every month leave aside retirement benefits.

Similarly when we tell some of our young friends, aged 25 years, that lets plan for a retirement corpus of Rs 100 crores for you at the age of 65, they are awestruck and can’t even think of achieving that in their wildest dreams. However, if we tell them that it will only take a SIP of Rs 44000 per month or Rs 5 lacs per year @ 15% return to achieve it, they are dumbfounded as they can almost afford it. Going further, we tell them it will only take a SIP of Rs 17500 to start as long as you keep on topping it up with 10% every year as your income increases and they look at us as if we have come from another planet. But that my friends is not rocket science but the Power of Compounding, which we just don’t comprehend.

What if you had two options, Take Rs 100 lacs on day 1 or a magical one rupee, which will double every day for 31 days. Do a mental calculation, Calculate for yourself and decide now which option you want. (We’ll tell you the difference at the end of the blog.)

Similarly most people will not comprehend how much of a difference a FD of Rs 10 lac @ 6% and another investment of Rs 10 lac @ 12% will make over a 24 year period. They will at the most do a simple calculation and say a couple of lacs without realizing that the FDR @6% will grow to Rs 40 lacs and the investment @ 12% will grow to Rs 1.6 crores in the same period and we have not considered the impact of tax so far.

Get your numbers right, start early and let the power of compounding

Stay Blessed Forever.
(The magical one rupee will grow to Rs 107.37 crores on the 31st Day, just for your information.)